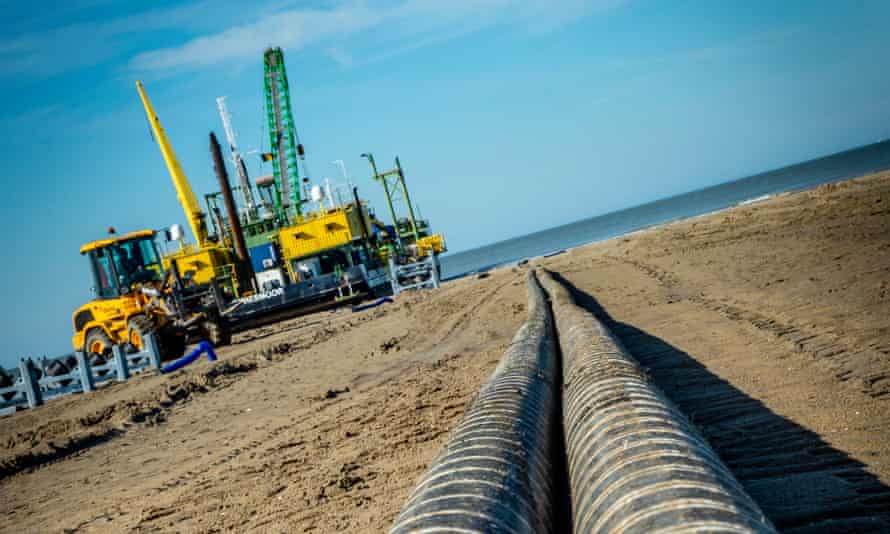 The Nemo Link cable on the beach at Blankenberge, Belgium prior to burial. Photograph: Pieter Clicteur/Siemens

The Nemo Link electricity interconnector has entered commercial operation as scheduled on 31st January 2019. The project links the electricity power grids of Belgium and the UK allowing electricity to be traded between the two countries.

Speaking from Brugge in Belgium, Rockboro Director Shane Moloney said, “We are delighted to have played a role in the design and delivery of this key piece of European electricity grid infrastructure which has commenced commercial operation as planned today. This is the first electricity interconnector linking the UK and Belgium and the first European project for J-Power Systems. Projects like this will help in the fight against climate change by allowing electricity generated from renewable sources to be delivered where it’s needed when it’s needed.”

This project pushed the technological envelope with the use of the world’s first HVDC XLPE insulated cable operating at DC 400 kilovolts. With a transmission capacity of 1,000 Megawatts, the cable system consists of a 130-kilometre subsea cable route and an 11.5-kilometre land cable route. The overall value of the NEMO Link project was approximately €600 million.

Decide which cookies you want to allow. You can change these settings at any time. However, this can result in some functions no longer being available. For information on deleting the cookies, please consult your browser’s help function. Learn more about the cookies we use.

With the slider, you can enable or disable different types of cookies: